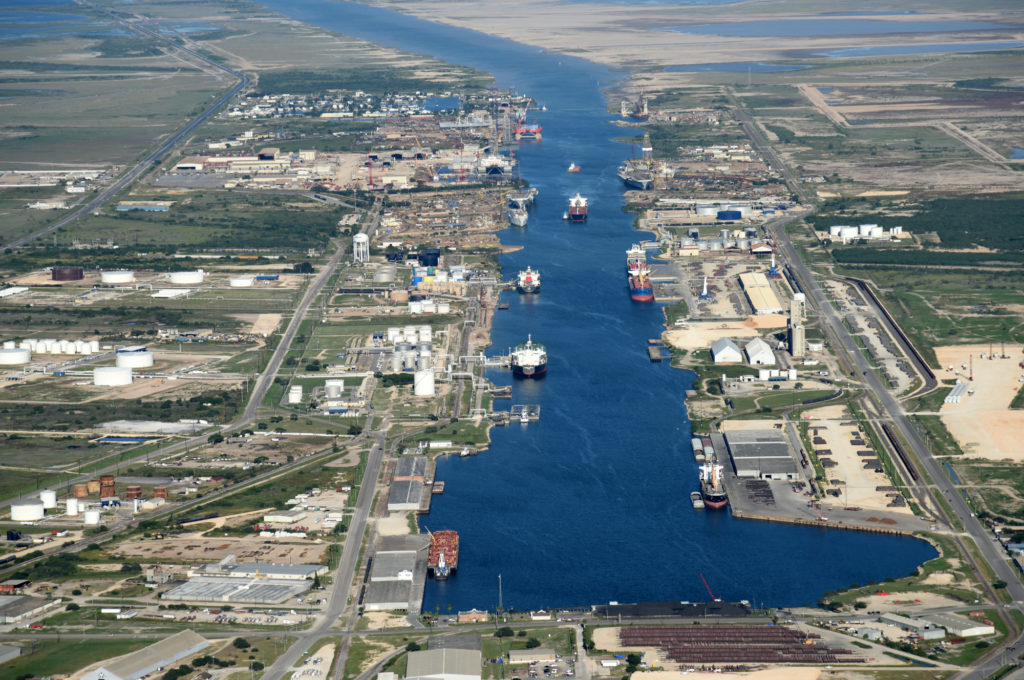 BROWNSVILLE, Texas (June 18, 2019) – The Port of Brownsville is closer to deepening the Brownsville Ship Channel after receiving a key permit June 6 from the U.S. Army Corps of Engineers (USACE) to advance the Brazos Island Harbor Channel Improvement Project (BIH) to its construction phase.

The USACE permit is the latest milestone in the port’s effort to deepen the ship channel from 42 feet to 52 feet, resulting in significant navigational safety improvements for commercial shipping in South Texas.

“Today we find ourselves on the verge of a new economic era for the Rio Grande Valley and the channel deepening is essential for our continued progress and success,” said John Reed, Brownsville Navigation District Chairman. “These crucial infrastructure projects solidify our presence in the global market and create better economic opportunities for our local workforce.”

When complete, the Port of Brownsville will be among the deepest ports on the Gulf of Mexico, enhancing its competitiveness by closely aligning with the design features of the expanded Panama Canal.

Planning to deepen the ship channel from 42 feet began in 2007 with a project feasibility study. In 2014, the USACE completed the feasibility study recommending deepening the channel to 52 feet. Two years later the U.S. Congress authorized the channel deepening project, making the BIH eligible to receive federal funding.

The project may cost upwards of $350 million, with construction expected to commence in 2020. The port expects to pay for the project with a combination of public, private and federal funds.

Demonstrating confidence in the public-private partnership (P3) strategy, NextDecade Corporation, owner of the proposed Rio Grande LNG natural gas liquefaction plant at the port, announced a landmark agreement with the BND April 24th, agreeing to pay 100 percent of the deepening project from the western boundary of its lease site along the ship channel to the channel’s offshore origin (more than nine miles) – or more than half of the deepening project. NextDecade’s part includes perhaps the most challenging and costly portions.

Other proposed port projects are expected to join the P3, sharing the costs and benefits of deepening the channel.

Completion of the channel deepening is important in attracting new business opportunities and allowing existing companies at the port to further expand their services. In addition, the port will be able to accommodate deeper draft cargo vessels carrying heavier loads, which translates to a greater economic impact per vessel for the region.

About the Port of Brownsville

The Port of Brownsville is the only deep-water seaport directly on the U.S.-Mexico border, and the largest land-owning public port authority in the nation with 40,000 acres of land. It transships more steel into Mexico than any other U.S. port. With more than $40 billion worth of projects currently in the works, the Port of Brownsville is transforming the Rio Grande Valley by creating positive investment opportunities and jobs. Activity at the port is responsible for adding more than $2 billion to the regional economy, $3 billion to the Texas economy, and for the creation of more than 44,000 jobs statewide.

CREDITS TO THE OWNER OF THE ARTICLE & PHOTO: https://www.portofbrownsville.com/port-of-brownsville-achieves-significant-milestone-in-channel-deepening-project/