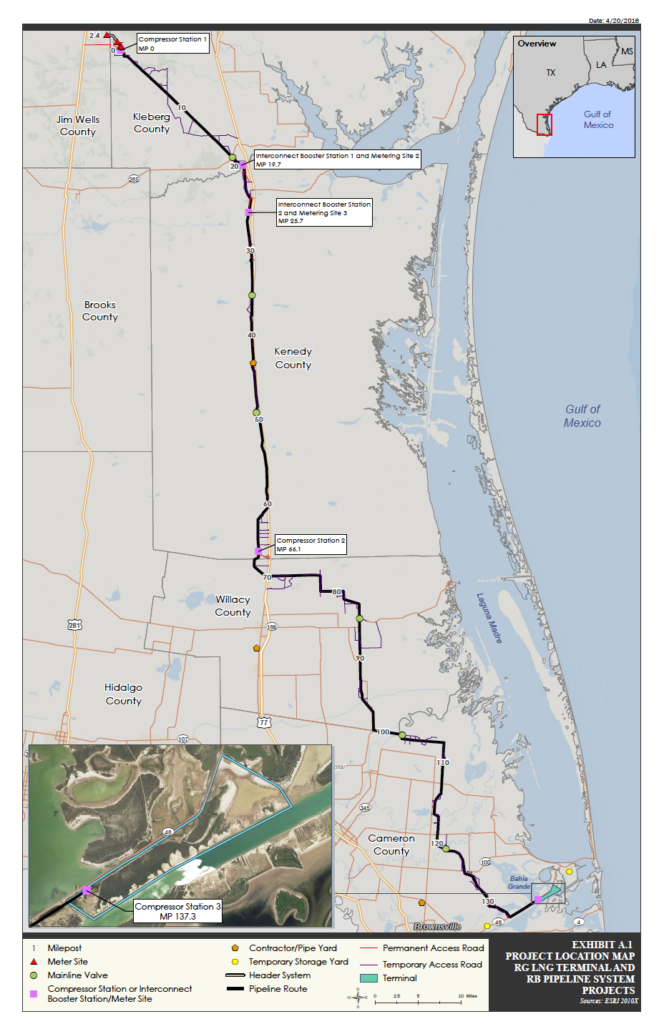 The proposed Rio Bravo Pipeline project is designed as a twin, 42-inch pipeline system originating in the Agua Dulce area of Kleberg and Jim Wells counties, Texas. The 138-mile system would include three, 180,000-horsepower compressor stations, six mainline valve sites and six meter stations with capacity to deliver up to 4.5 Bcf/d.

Bill Yardley, Enbridge’s president of Gas Transmission and Midstream, described the Rio Bravo agreement as “a continuation of our strategy to bring our major projects execution and permitting capability to the expanding LNG export efforts in North America.”

​NextDecade said it expects to make a final investment decision on Rio Grande LNG by the end of this year and to begin commercial operations in 2023.

The 984-acre project at the Port of Brownsville would have a total capacity of 27 million tons of LNG per year.  Development would include construction of deepwater port access with supporting marine infrastructure, including two marine jetties, a berth pocket and a turning basin.

NextDecade announced in late May that it signed two contracts with Bechtel Oil, Gas and Cheicals for the engineering, procurement and construction (EPC) of the Rio Grande LNG project.

The EPC contracts are for the first phase of the Rio Grande LNG project, which consists of three liquefaction trains, two 180,000 cubic meter storage tanks and two marine berths totaling $9.565 billion. Each liquefaction train is expected to have capacity up to 5.87 million tons per year of LNG, which would generate an EPC cost of approximately $543 per ton for the first three trains, NextDecade said.