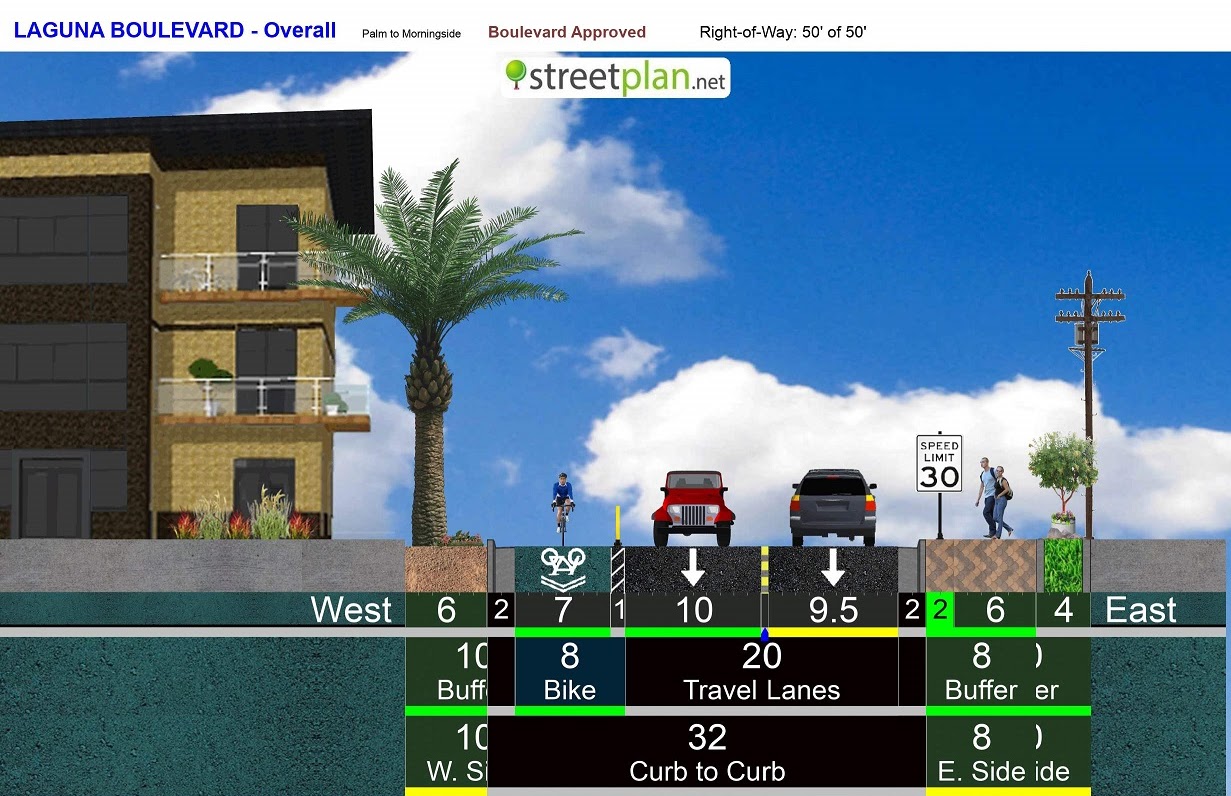 As the City continued to pursue in improving the street final plans were created in September 2016 within the Entertainment Center which proposed to improve Laguna Boulevard with eleven (11) foot travel lanes and would have an elevated eight (8) foot shared use path on the West side of the street.

As the City saw a greater need to improve the street, additional planning was done to include the entire length of the street. In addition the City initiated in 2017 a comprehensive approach to assess all City streets through the Master Thoroughfare Plan which was finalized in October 2018 of which Laguna Boulevard was ranked number one. The initial 2019 concept was to improve upon previous concepts and provide wider lanes, improve the drainage and improve all intersections and at the same time incorporate low impact development so the City can become more resilient (Concept 1B).