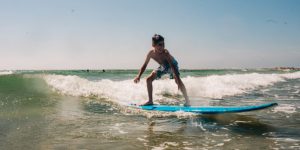 If you’ve been looking for the chance to give your kids a great first experience with surfing or want one yourself, the perfect opportunity to do so is Sunday on South Padre Island. The SurfVive.org non-profit community organization will be hosting free surf lessons from 10 a.m. to 12 p.m. for persons of all ages […] 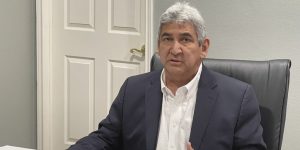 RANCHO VIEJO, TEXAS – Cameron County Regional Mobility Authority hopes to have environmental approval to build a 2nd Causeway to South Padre Island within the next 24 to 36 months, now TxDOT is involved. The Texas Department of Transportation is taking over as the reviewing agency for the environmental impact statement. Previously, that work was […] 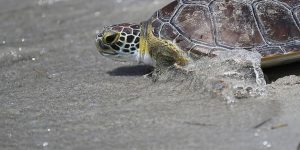 For decades Sea Turtle Inc. has been dedicated to rescuing and rehabilitating stranded sea turtles on South Padre Island. But the organization is still aiming to grow its operations. According to our Nexstar media partners at KVEO-TV in Rio Grande Valley, Sea Turtle Inc. has always had a passion for saving sea turtles and conserving […] 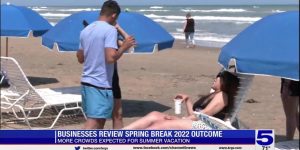 South Padre Island businesses say they saw more customers this spring break rather than a year ago when the coronavirus was much more of a concern. Bar Louie supervisor Laurie Rivera said this year, families made up a good share of their business. “The past two spring breaks that we had we had, we had […] 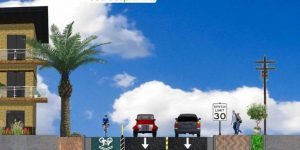 By SHELDON MOORE Special to the PRESS The City of South Padre Island hosted a groundbreaking ceremony for the reconstruction of South Padre Island’s Laguna Boulevard on March 7. Mayor Patrick McNulty, flanked by council members and other key city figures, celebrated the event in spite of a steady rain brought on by a cool front’s approach. […] 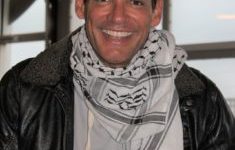 By ALEXANDREA BAILEY editor@portisabelsouthpadre.com Cristian De La Fuente, known for starring in the Netflix film, “You are my Home,” and Eva Longoria’s, “Devious Minds” is appearing on screen once again in the romantic-comedy being partially filmed on South Padre Island, “Switch Up.” He tackles the lead role, Ricardo De La Cruz, a former talk show host […] 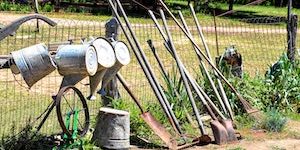 Freshen Up Your Home With Spring Maintenance Tasks

Freshen Up Your Home With Spring Maintenance Tasks  After a long cold winter, the first signs of spring are finally arriving. You have seen those first bulbs peeking their heads above the snow, and you may have even seen a robin scouring the frozen ground for worms. The warmth of spring is right around the […] 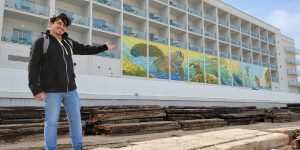 By ALEXANDREA BAILEY editor@portisabelsouthpadre.com Marcos Zamudio is responsible for the Courtyard by Marriott’s new look and the largest mural on the Island. Zamudio is a 35-year-old artist from Argentina who says he came to America, “by chance.” According to Zamudio, he has been an artist for as long as he can remember. He has a mutual […] 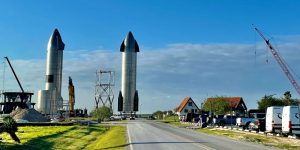