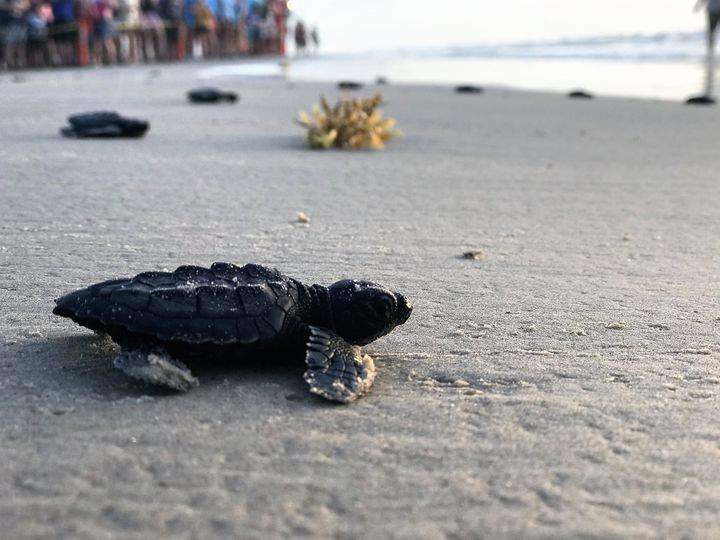 Public hatchling releases were on hold in 2020 due to the coronavirus pandemic but officials said they’re back on for 2021 with a few adjustments.

This year, all planned public releases will take place on a list of prescheduled dates but only if the number of COVID cases in Nueces, Kenedy and Kleberg counties are minimal or moderate, officials said.

Weather conditions could also exclude the public from attending the releases if it’s deemed unsafe.

The public hatchling release dates are scheduled for:

Park officials release the turtles which have hatched under the protection of the Division of Sea Turtle Science and Recovery at Padre Island National Seashore. PINS officials collect and incubate sea turtle eggs found along the coast.

The releases will take place at the Malaquite Visitor Center at Padre Island National Seashore and attendees will be required to pay the park entrance fees. The only exception for visitor fees will be August 4 which is a fee-free day thanks in part to a celebration of the Great American Outdoors Act.

PINS officials suggest arriving early for the releases which are scheduled for 6:45 a.m. An educational briefing will take place at 6:30 a.m. ahead of each release.

Hundreds of visitors usually attend the hatchling releases, according to officials, so purchasing a vehicle pass ahead of time is encouraged.

Vehicle passes are $10 for one day or $45 for an annual pass. Passes can be purchased in advance at the PAIS Entrance Station during business hours or online at www.Recreation.gov.

If you see a sea turtle, you’re encouraged to report it to PINS officials. Want more information on hatchling releases? Check out the National Park Service website for frequently asked questions.

Credits to the owner of this article and photo.