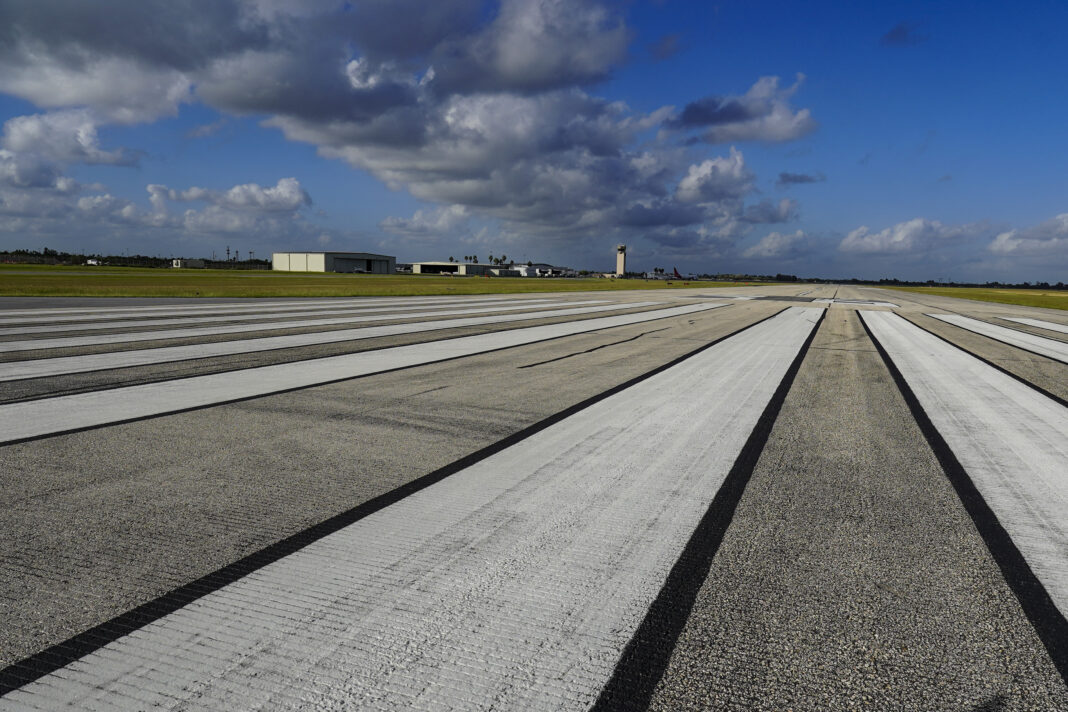 By Laura B. Martinez – The Brownsville Herald – December 16, 2021
Six airports in the Rio Grande Valley have been awarded over $8.1 million in federal funding for airport improvements, the FAA announced Thursday.

The Valley’s three largest airports will receive the bulk of the funding totaling $7,662,653.

The funding is from the Bipartisan Infrastructure Law that provides $15 billion for airport-related projects as defined under the existing Airport Improvement Grant and Passenger Facility Charge criteria.

According to the FAA, the money can be invested in runways, taxiways, safety and sustainability projects, as well as terminal, airport-transit connections and roadway projects. For FY22, $2.89 billion has been made available to U.S. airports around the nation.

The three smaller airports awarded funding include the Cameron County Airport in Port Isabel, South Texas International Airport in Edinburg, and Mid-Valley Airport in Weslaco. Each of these airports received $159,000.

The funds the Brownsville airport is to receive will go to the reconstruction of the airport’s second runway, said Juan Partida, interim assistant director of aviation and special projects manager.

The amount of funding that is awarded is based on enplanements and operations of the airport, Partida said.

“It does help us accelerate with the programs with the airport capital improvement program that we submit to the FAA every year,” Partida said. “We have a runway reconstruction project. Originally we thought to spread it out through three years or three phases one each year, so this monies will definitely help us accelerate” with that secondary runway project. However, he added the funding could be used for other projects that may need to be moved up the list.

According to the FAA, it bases distribution of the grant funds on present national priorities and objectives. AIP funds are typically first apportioned into major entitlement categories such as primary, cargo, and general aviation.

Elizabeth Suarez, director of aviation for the City of McAllen, said funding the airport is to receive will be used for improvements to the airport’s drainage system, which is something the airport has been working on.

“We have been working multi-year on that project and so that helps us…we are 5 (million) short so this puts us over the midway point to fund it, so we will be able to jump start some of that phasing and get moving on that. It’s really excellent news for our airport and we are excited for the opportunity to continue with our infrastructure improvement,” Suarez said.