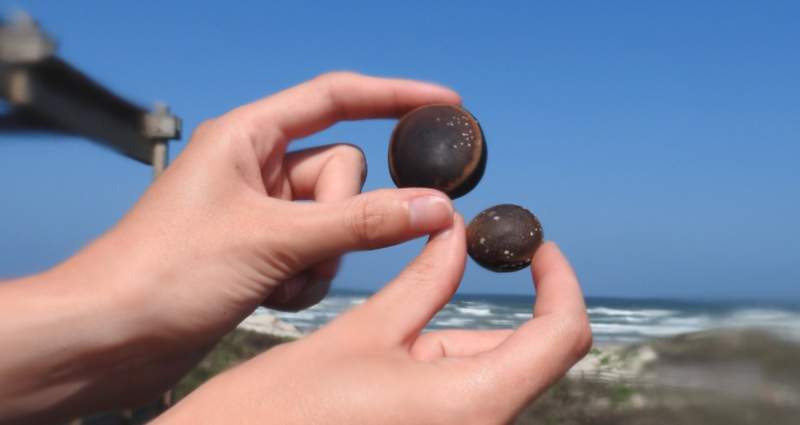 Sea beans – or drift seeds – wash up from all sorts of places throughout the gulf. (Padre Island National Seashore)

PADRE ISLAND NATIONAL SEASHORE, Texas – Have you ever heard of a sea bean? It’s also referred to as a hamburger bean or a drift seed, but it’s pretty interesting and they can be found along the Texas coast.

Padre Island National Seashore officials posted a photo of some sea beans to Facebook on Tuesday and said chances are good of finding a hamburger bean at the park.

Officials also noted that you can keep your bounty if you’re lucky enough to find some. “Here at Padre Island National Seashore visitors may collect up to a gallon a day of sand, shells, and sea beans.” 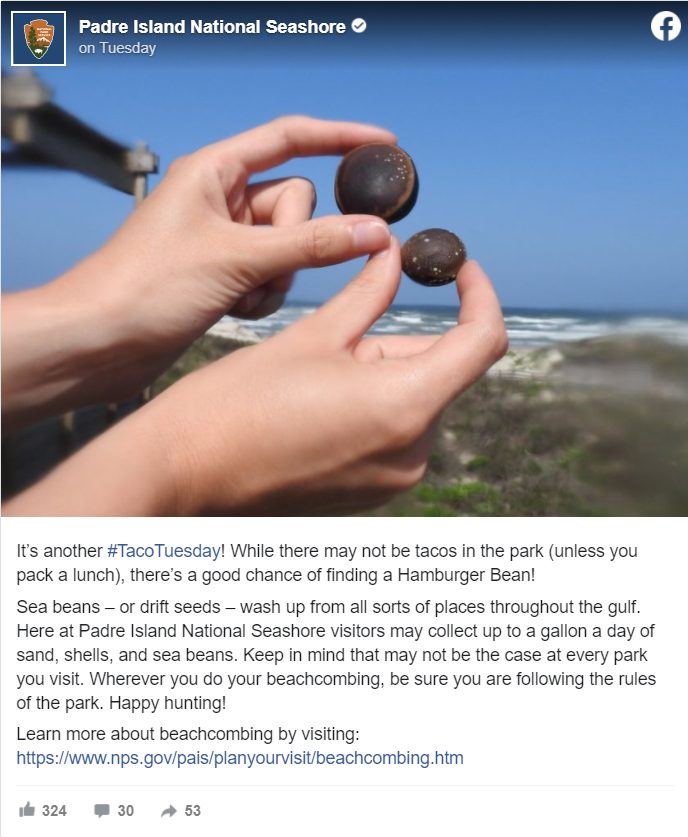 According to VisitCorpusChristi, sea beans are “seeds and seed pods from tropical plants that float the world’s oceans for years before appearing at the Padre Island National Seashore.”

Hamburger beans could float and ride the tides for years before they reach the shore.

Some artisans have been known to turn sea beans into art and jewelry but apparently, they can sometimes still germinate “even after long voyages through the ocean,’ PINS officials said on Facebook.

So whether you try and grow a mystery plant from your hamburger bean or turn it into a craft project, just know your find is likely from the vine of a plant in the pea family “which grows in Africa and also in Central and South America,” according to VisitCorpusChristi.

Citing Ron Kratzer with The Gulf Breeze magazine, VisitCorpusChristi said there are subtle differences in some of the beans that wash ashore, including shape, color and size depending on where the bean came from.

Not all parks allow visitors to keep what they find, so be sure to check the guidelines of the park your visiting before beachcombing.

Credits to the owner of this article and photos.