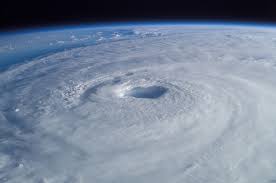 By DAVID LOPEZ
Special to the PRESS

One representative from each jurisdiction attended the meeting while H2O Partners gave a presentation on their findings and held discussions and working sessions with attendees.

Grecia Lucio, planner for the Cameron County office of Emergency Management, said the purpose of the meeting was to gather public input on Cameron County’s plans to bring all smaller cities’ Hazard Mitigation Plans in accordance with the county’s.

Since each Hazard Mitigation Plan is only valid for five years per the federal government, the deadline is approaching for the smaller jurisdictions to renew those plans, which they completed in 2016.

“The county is not changing our Hazard Mitigation Plan,” said Lucio. “Since we completed our plan in 2021, it’s good until 2026, so what we wanted for the smaller jurisdictions since their plan was already going to end, was for them to join the county’s plans.