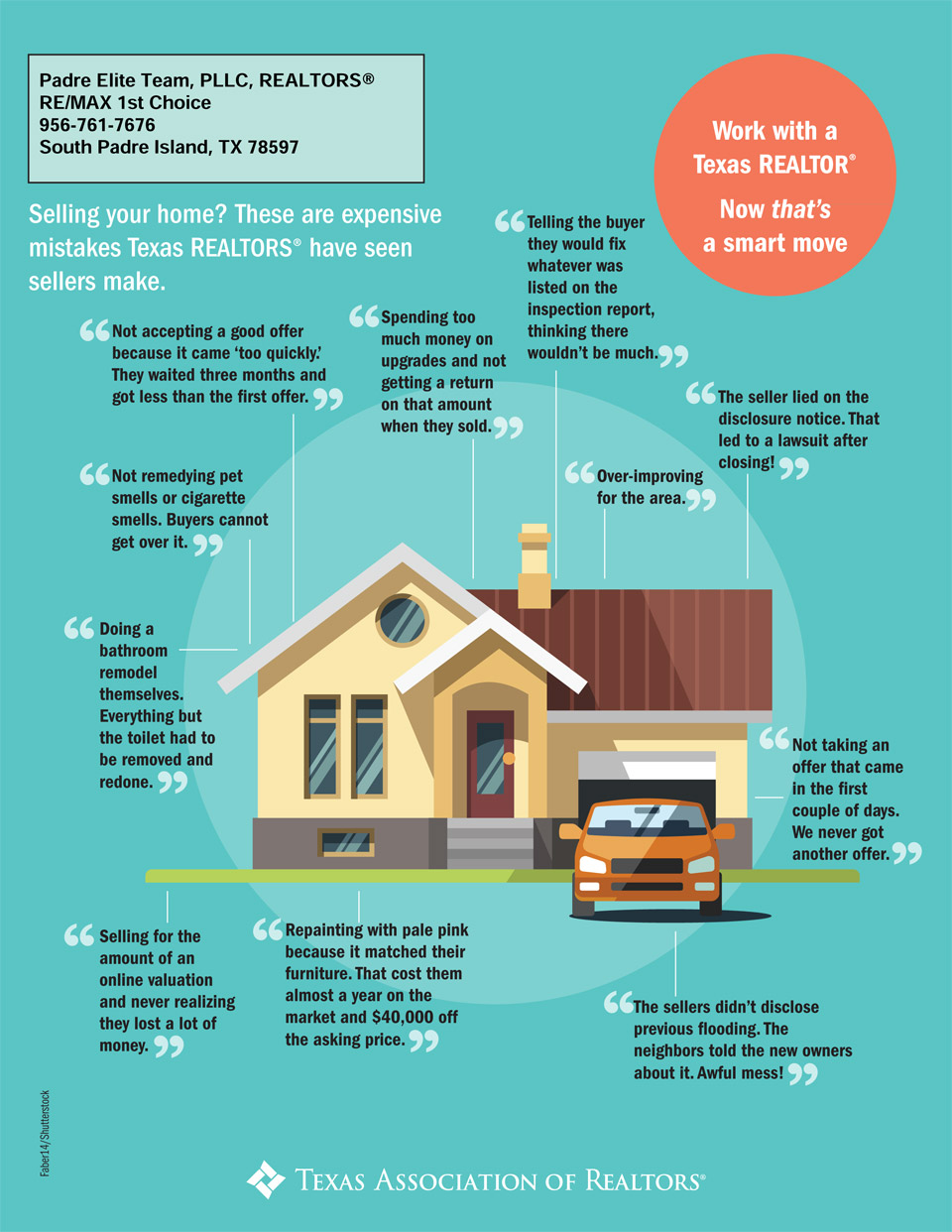 “Not accepting a good offer because it came ‘too quickly’. They waited three months and got less than the first offer.”

“Not remedying pet smells or cigarette smells. Buyers cannot get over it.”

“Doing a bathroom remodel themselves. Everything but the toilet had to be removed and redone.”

“Selling for the amount of an online valuation and never realizing that they’ve lost a lot of money.”

“Repainting with pale pink because it matched their furniture. That cost them almost a year on the market and $40,000 off the asking price.”

“The sellers didn’t disclose the previous flooding. The neighbors told the new owners about it. Awful mess!”

“Not taking an offer that came in the first couple of days. We never got another offer.”

“Over-improving for the area. “

“Spending too much money on the upgrades and not getting a return on that amount when they sold.”

“Telling the buyer they would fix whatever was listed on the inspection report, thinking there wouldn’t be much.”

“The seller lied on the disclosure notice. That led to a lawsuit after closing!”