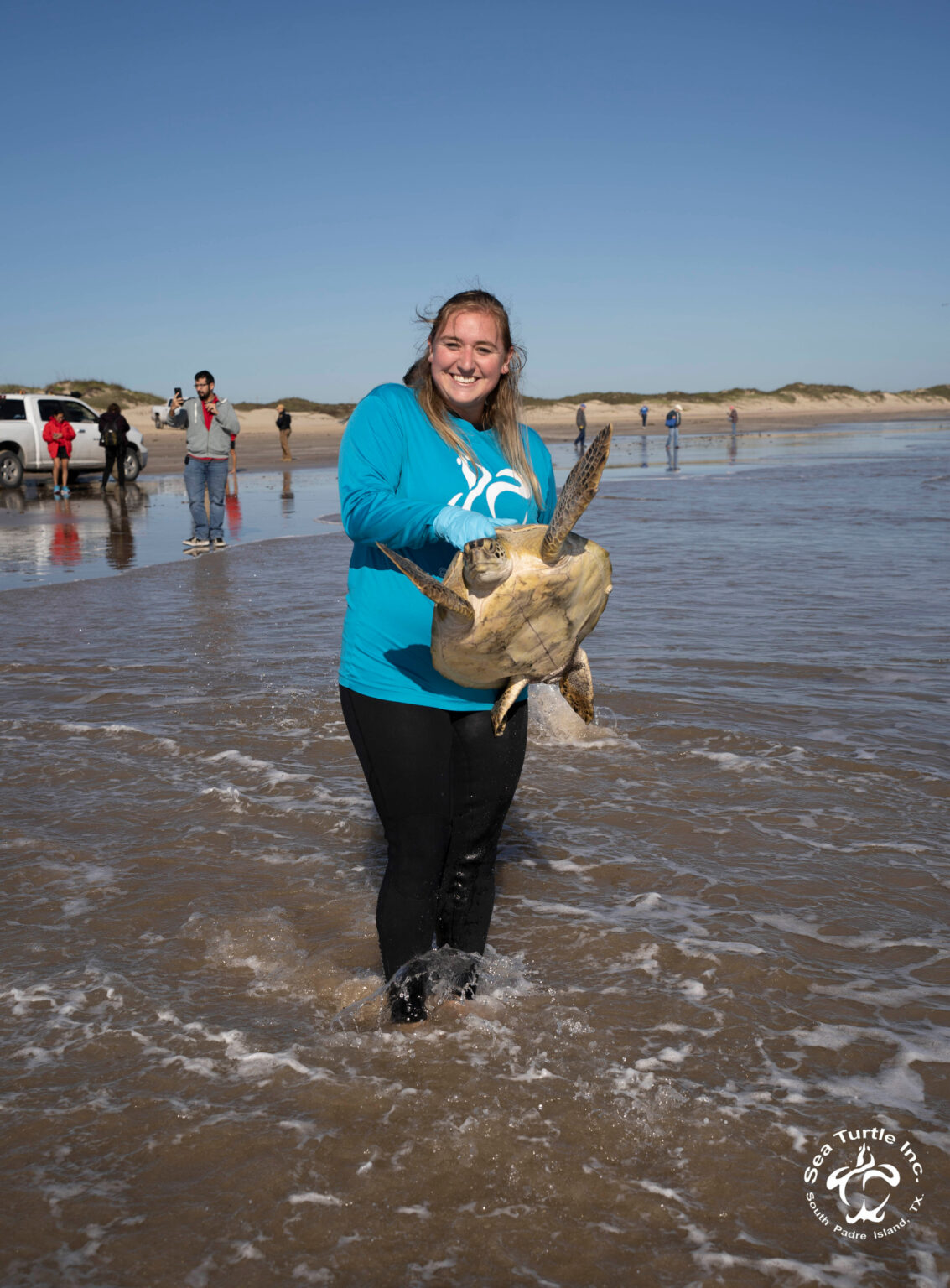 On Friday, Dec. 23, as the water cooled overnight, it was expected by Sea Turtle Inc that the temperature would fall below the cold-stun threshold by the morning.
The staff and volunteers had spent the previous days preparing for this possibility, and they were ready for the intake of cold-stunned sea turtles. The facility reported feeling grateful to its staff and volunteers for being ready to mobilize so quickly.
According to Wendy Knight Grant, CEO of Sea Turtle Inc, water temperatures ended up dropping below 50 degrees and cold-stun occurs when it drops below 55.
“What occurs is that those Sea Turtles will start to go into a hypothermic shock where their body is no longer able to have their heart beat as much as they need to continue to lift their heads to breathe and swim,” said Sea Turtle Inc educator, Tayor Dunham.
Sea Turtle Inc posted a request on their Facebook page, that if one saw a floating or stranded turtle, to contact the facility’s emergency line, (956) 243-4361, immediately.
The following day, Saturday, Dec. 24, the facility took in over 60 turtles suffering from cold-stun, with more pouring in by large volumes. It was expected that this ratio of intake would continue through that evening and the entire following day.
According to Sea Turtle Inc, Long Island Village, Dolphin Cove and Children’s Beach were the most impacted areas in terms of cold-stunned turtles.
On the morning of Christmas, after overnight winds pushed stunned turtles toward the Laguna Madre bay shoreline and sea wall according to reports cited by Sea Turtle Inc, the facility hosted over 140 patients. It advised those living near the shoreline and seawall to look for affected turtles. The facility was closed to the public that day, but staff worked 24 hours responding to the emergency situation.