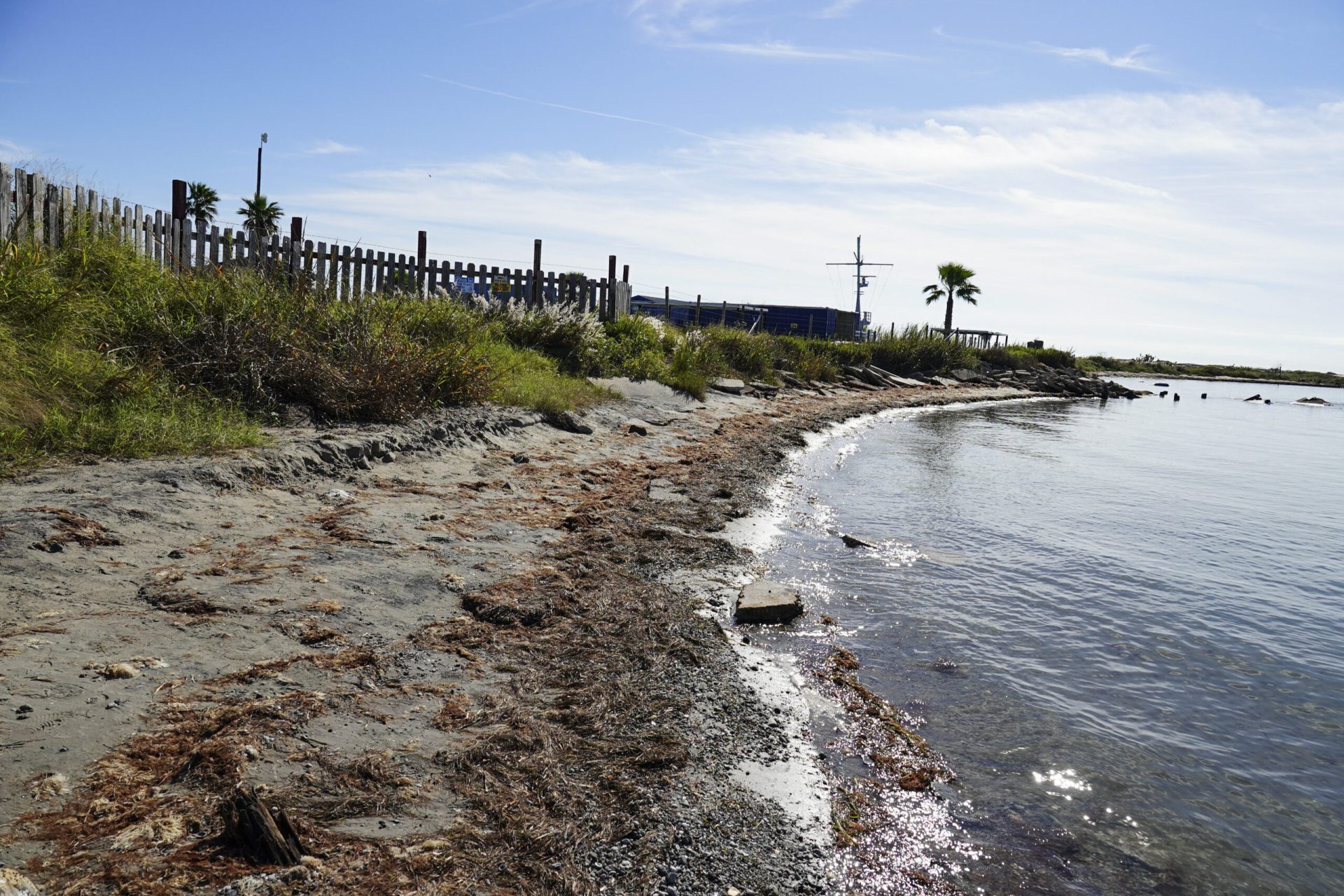 The long neglected Children’s Beach at Cameron County’s Isla Blanca Park on South Padre Island is finally getting some attention.

County commissioners on Nov. 23 approved pursuing the “preferred alternative” for phase-one engineering to restore and protect the beach presented by Mott McDonald Coastal Engineering, the consultant procured by the Texas General Land Office for the project.

The project requires an interlocal agreement between the county and the Brownsville Navigation District, which controls a portion of the beach’s 550-foot shoreline. BND commissioners likewise voted on Dec. 1 to approve the recommended option, which calls for nourishing the shoreline with beach-quality sand and building groins (low rock structures perpendicular to the shoreline) to keep waves from carrying away the sand.

With approval granted, preliminary engineering and permitting on the Children’s Beach Shoreline Restoration Project can begin. County Parks Director Joe Vega said 70 feet of the beach has eroded since the early 1980s according to the consultant’s engineering study, noting that the beach was bigger when he visited it as a child with his parents.

“The shoreline there has been eroding a foot to two feet per year,” he said. “It’s a beautiful area. It’s been used by many people for many years, people that like to go wade fishing and like to go kayaking.”

Vega said he’s not aware of any previous restoration attempts, though at some point concrete rubble was dumped along the shoreline, presumably to stem further erosion. The rubble makes the beach uninviting and unsafe, and the plan is to remove the rubble as part of the project, he said.

The total cost of phase one is estimated at $225,000, with the GLO contributing $135,000 through its Coastal Erosion Planning and Response Act (CEPRA) grant program, and t he county and navigation district putting in $45,000 each, Vega said. He estimated that engineering, and permitting through the Army Corps of Engineers, will take six to eight months and said the entire project could take at least two years to complete.

“Once everything gets permitted then we can proceed with the construction phase,” Vega said. “In the meantime, while ( permitting) is taking place, we can start looking for construction dollars.”

He said the county will apply for construction funds through the CEPRA program and other sources. Vega said the project is part of upgrades to Isla Blanca the county has undertaken in recent years, including a new outdoor amphitheater and multi-purpose building, two new pavilions, boardwalks, landscaping and parking. He said he considers the park the jewel of the Texas Gulf coast and that more work remains to be done.

The preliminary estimate for the construction phase is between $1.4 million and $1.6 million, he said.

“Those are today’s numbers,” Vega said. “Things are changing by the minute.”

Eduardo Campirano, Port of Brownsville director and CEO, described Children’s Beach as an “important recreational entity” for the area and said phase-one engineering will “assess some of the implications of the alternative that haven’t been drilled down to yet.”

The navigation district’s portion of shoreline is part of the BSA Rio Grande Council “adventure camp” at Laguna Station Sea Base adjacent to Dolphin Cove at the Island’s southern tip.

“We have a shared interest with the county in the restoration project and we’re collaborating with them to find solutions to the restoration of Children’s Beach shoreline,” Campirano said. “They kind of took the lead on it and we’ve been working with them.”