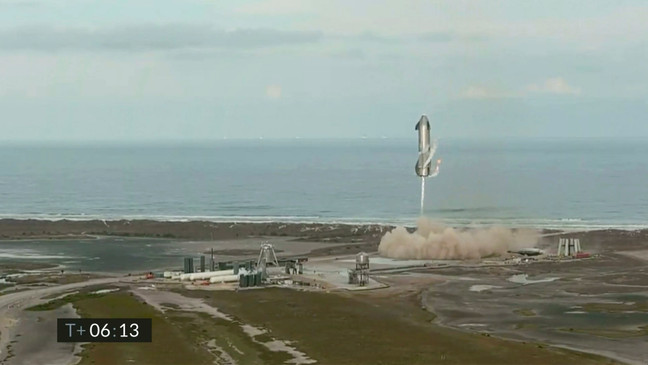 In this image from video made available by SpaceX, one of the company’s Starship prototypes fires its thrusters as it lands during a test in Boca Chica, Texas, on Wednesday, March 3, 2021. SpaceX’s futuristic Starship looked like it aced a touchdown Wednesday, but then exploded on the landing pad with so much force that it was hurled into the air. The failure occurred just minutes after SpaceX declared success. (SpaceX via AP)

In a tweet posted on Tuesday, Musk says, “Please consider moving to Starbase or greater Brownsville/South Padre area in Texas & encourage friends to do so! SpaceX’s hiring needs for engineers, technicians, builders & essential support personnel of all kinds are growing rapidly.”

He added that he expects Starbase to grow by several thousand people over the next year or two.

He also tweeted that he is donating $20 million to schools in Cameron County and $10 million to the city of Brownsville for revitalization efforts.