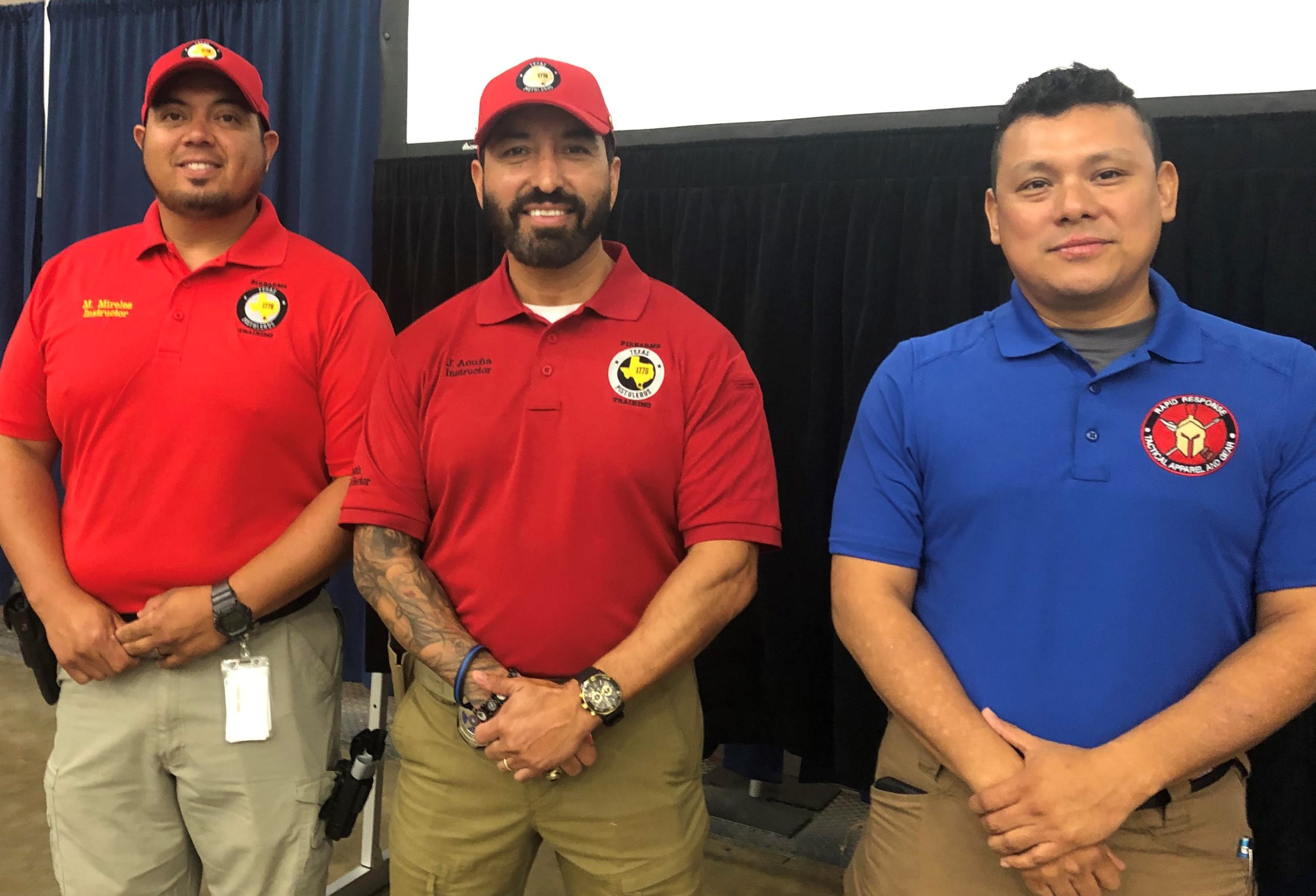 In the words of South Padre Island Police Chief, Claudine O’Carroll, “For business owners as well as individuals, having a safety plan in place in the event of an active attacker event will allow you to revert to the procedures taught and help minimize casualties.” She was speaking in front of a large group of business owners and private individuals assembled for the morning session of C.R.A.S.E. training at the South Padre Island Convention Center. Morning and afternoon sessions, sponsored by the South Padre Island PD, were held on Tuesday, August 16.
C.R.A.S.E. is short for Civilian Response to Active Shooter Events for Citizens, Businesses & Organizations.
Present to conduct the majority of the training were Mario Mireles of the Donna ISD PD, Jose Acuna, Hidalgo County Precinct 1 Deputy and Angel Luna, City of Donna EMS. Each has received specialized training in communicating the important elements of the C.R.A.S.E. training.
Mireles spoke first, pointing out that events can occur anywhere. He cited events in the Weslaco area in the years 2000 and 2021 that prove that even the generally peaceful Rio Grande Valley is not immune. He went on to say that active attack events do not necessarily have to entail firearms, but may occur with the weapon being a vehicle, tool, or other implement. He stressed that the day’s training would also be useful regardless of the weapon of choice.
Mireles related that no single profile exists for the perpetrators of such events, but there are behavioral risk factors that may point to certain high risk individuals. Stalking or harassment activity, negative family dynamics, isolationist, or notable instability were cited as indicators. He also pointed out that the most frequent venues for these horrific events are businesses, schools, outdoor events, and other places where people are concentrated in a central location.
Mireles was joined by Deputy Jose Acuna and they went on to outline immediate actions to be taken at the outset of an event. As soon as safe, 911 should of course be called and the caller should identify themselves and any descriptive information on the perpetrator of the event. They stressed the importance of the caller giving as specific as possible descriptions of any persons who may be providing an armed response to the attacker.
A recurring theme in the session was having your immediate reactions decided before you begin to experience an event. The presenters pointed out that this will allow your consciousness to immediately revert to your preplanned action and therefore you will react more quickly and more efficiently. Situational awareness and noting exits, including windows in any building you enter were also outlined as important. It was pointed out that fleeing rather than attempting to hide has been proven to enhance your chance of survival.
The presenters also touched on the three stages of a human being’s disaster response, Denial, Deliberation and Decisive Moment, the latter also known as the “fight or flight” reaction. A reactionary variable called “human brain vs. lizard brain” was discussed. It was pointed out that a lizard’s brain only has one response to an event and that is action whereas a human brain’s reaction is clouded by emotion and intellectual consideration, greatly lengthening our response to an event. Another point that was stressed is, no matter how rapidly first responders arrive, fifty percent of these active attacker events end before police can arrive. The session moved on to a demonstration of what officers will look for upon their arrival and how bystanders and/or witnesses should conduct themselves.